Listen to Your Inner Voice 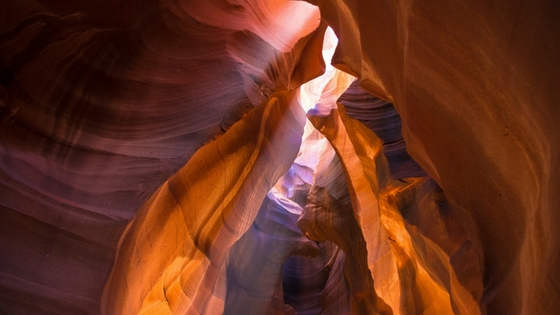 I want to tell you a story about something that happened to me recently.

I was in bed, getting ready to fall asleep. I turned to switch off the lights, but stopped in my tracks. I felt something powerful in my heart.

I thought about how often the women in my life compare themselves to others, and how destructive that way of thinking is.

And I didn’t just feel it like a passing thought. It weighed on me, and it weighed heavy.

I could have just tried to turn out the lights. I could have tried to roll over and just sleep it off. But it felt more important than that. It felt like something that I simply couldn’t ignore.

So I didn’t. Instead of turning off the light, I did something.

I thought about the people in my life who I knew had worked hard to not compare themselves to others and I reached out. I asked if they’d help me organize a call about self esteem, and finding worth in yourself.

I asked them if they would be willing to do a call with me about not comparing yourself to others. And in less than 24 hours, we pulled it together.

And it was amazing.

So many people listened in on the call, and we had such a great response!

So many people reached out to me and told me that this was exactly what they needed to hear, that my words had touched their lives, and they were encouraged and inspired by what this amazing group of women had to say.

There were feelings of doubt. Why would anyone need to hear what I had to say?

But I’m so glad I ignored those voices. I’m so glad I listened to that nudge in my heart to organize this call, to share these words with the people around me. I could have just turned out the lights, and fallen to sleep, but instead, I followed through.

And I want you to be brave enough, secure enough in the worth of what you have to say, to do the same.

Next time you hear that little voice telling you something important, instead of trying to shut it out, make space for it and listen.

And when we push those words down, they run out of air. They cease to exist.

But, when we are brave enough and confident enough to share our words with others, we let them into the sunlight, and we let them breathe. And because of that, they grow into something bigger than we could have ever imagined.

If I didn’t speak my truth about the way the women in my life compare themselves to others, it would not have been such a successful call. But most importantly, we wouldn’t have touched the lives of the women who needed to hear what we had to say.

So next time you hear something that you feel the need to share, don’t push it down or ignore it. Make space to listen to yourself, and then be brave enough to share.

To hear the amazing call that happened because I listened to myself and the words I had to share, click the link below. You will need to listen on a flash-enabled player or computer. https://www.freeconferencing.com/playback.html?n=/storage/sgetFC/OHQMv/aIpevO